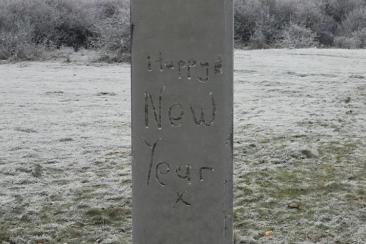 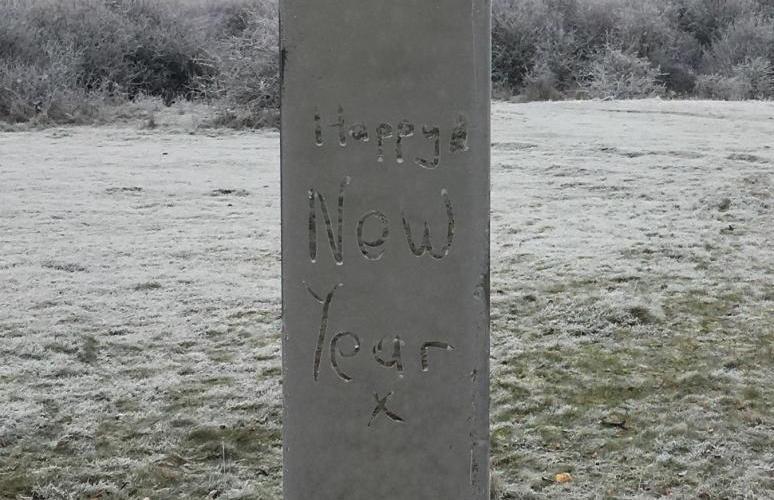 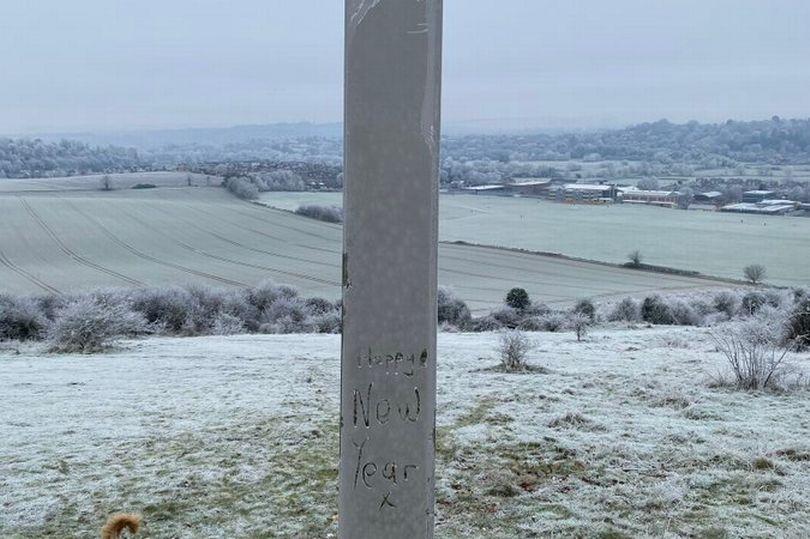 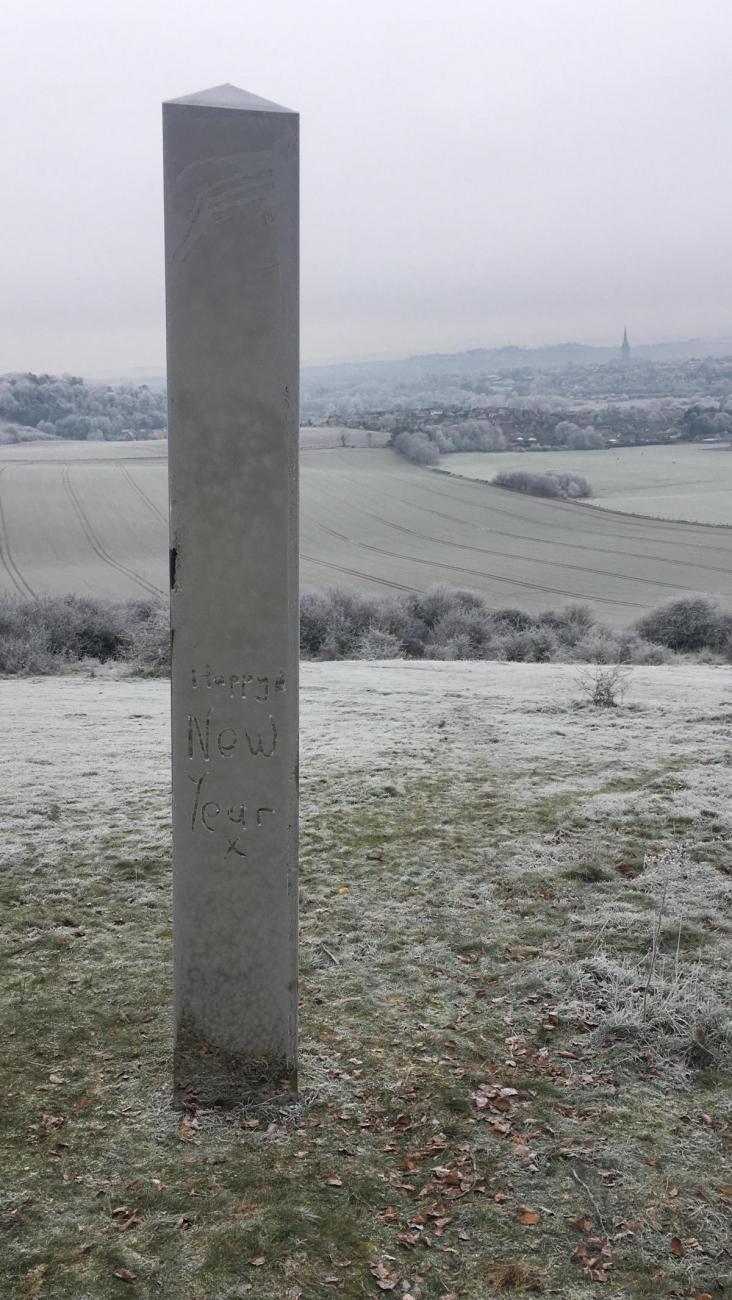 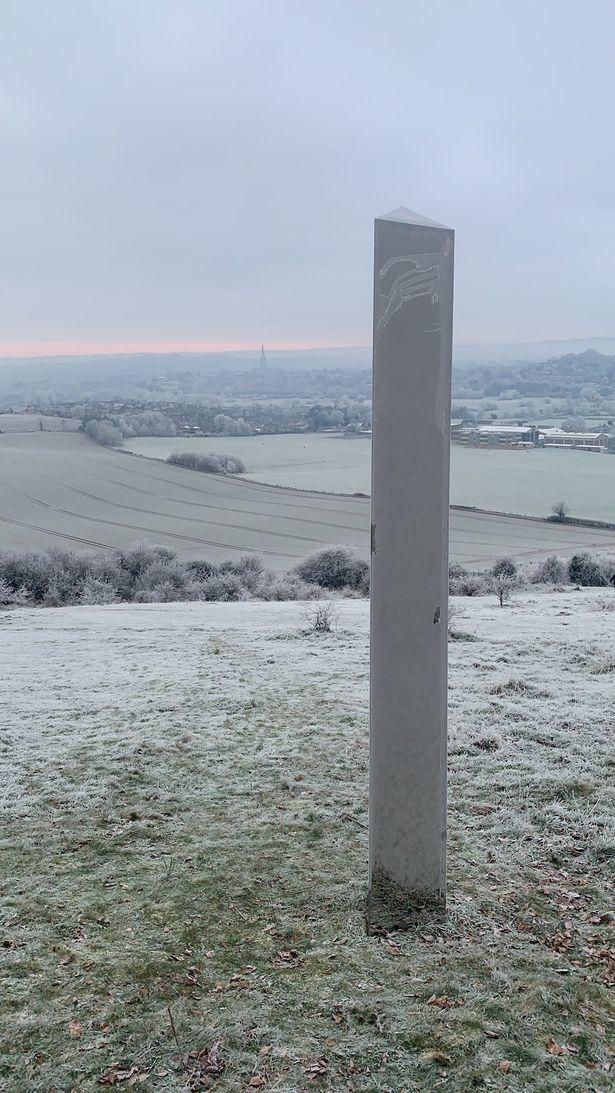 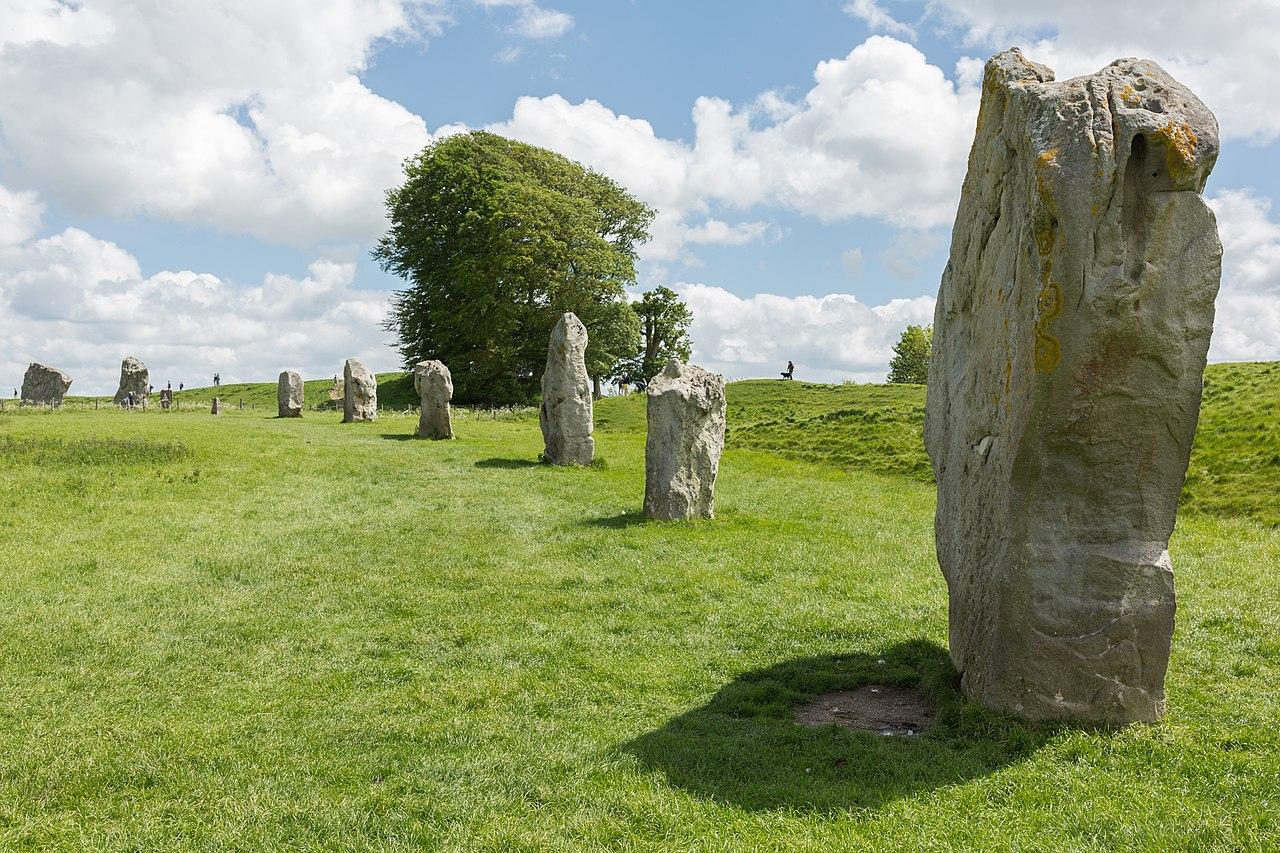 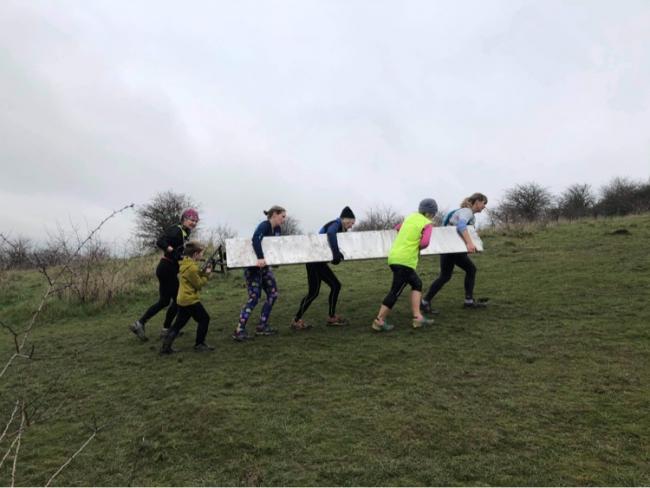 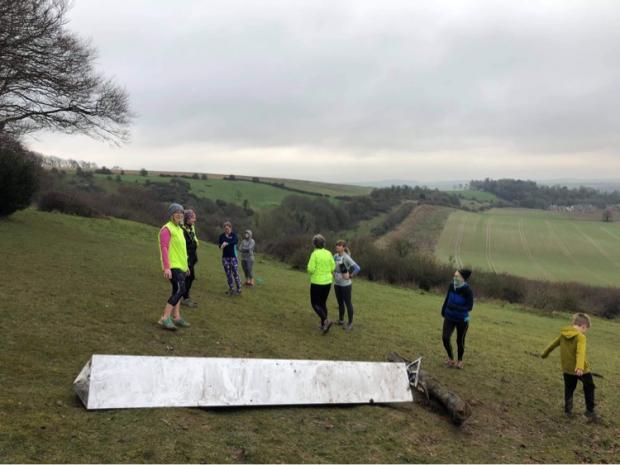 Another mysterious metal monolith has appeared in the West - this time in Wiltshire near Laverstock Downs.
The monolith was captured by a number of early risers at Laverstock Downs - a popular walking route near Salisbury - at around 08.30am this morning.
A Happy New Year message has also appeared on the monolith - written in the frost.

Notes
Underground 'superhenge' discovered in Wiltshire:
Archaeologists have discovered at least a hundred stone monoliths near Stonehenge, buried just a metre beneath the ground.
Some of the 4,000 year-old structures are almost 15 feet tall and were found using the latest technology, to create underground maps.
Avebury (/ˈeɪvbəri/) (20 miles away from Salisbury) is a Neolithic henge monument containing three stone circles, around the village of Avebury in Wiltshire, in southwest England. One of the best known prehistoric sites in Britain, it contains the largest megalithic stone circle in the world. It is both a tourist attraction and a place of religious importance to contemporary pagans. https://en.wikipedia.org/wiki/Avebury
Dates & Classification
Date Spotted
2021-01-01
Classification
Questionable monoliths, not confirmed to be knockoffs but likely considering the origin or appearance of the monolith.
Multiple Monoliths
✖
Physical Qualities
Material
Generic Metal
Construction
Folded
Number of Sides
Three Sided (Typical Monolith Design)
Texture
Polished
Top Geometry
Inclined Plane
Markings
Text
Articles & Media
somersetlive.co.uk
alisburyjournal.co.uk - spotting
bristolpost.co.uk - spotting
BBC - Underground 'superhenge' discovered in Wiltshire
VIDEO
Wikipedia: Avebury
salisburyjournal.co.uk - vanishing and return