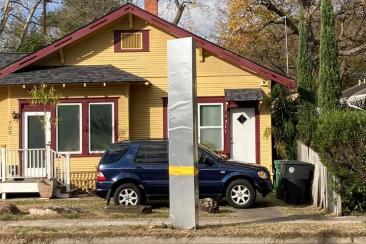 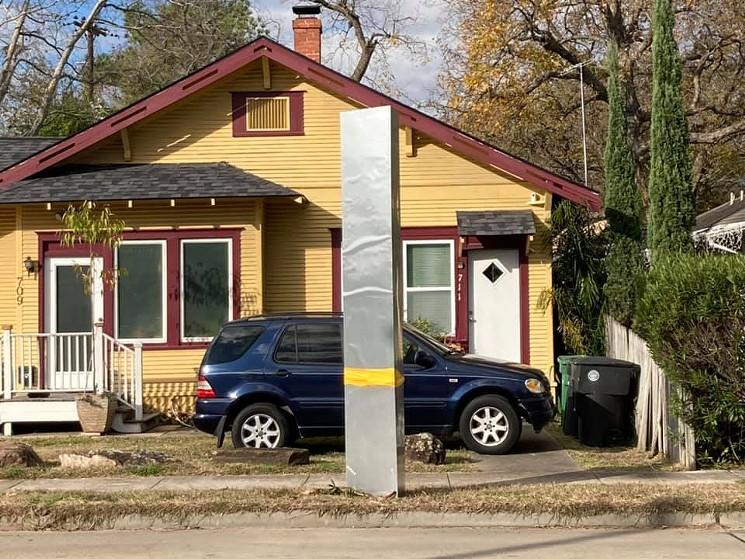 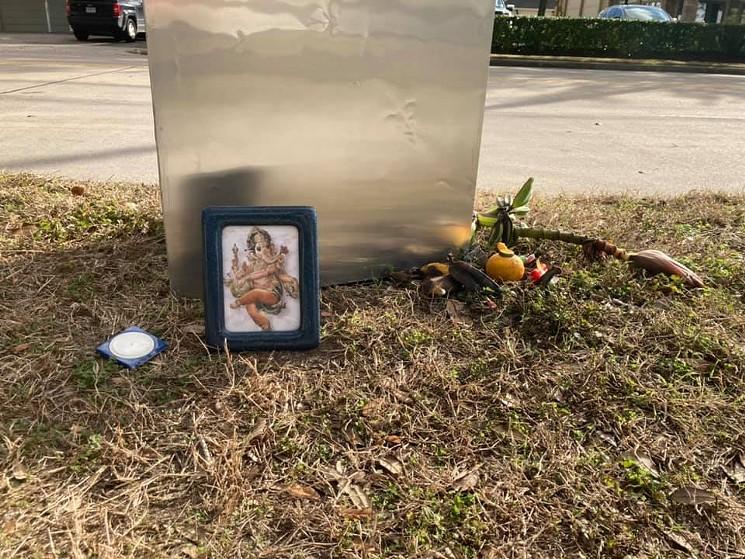 Ganesha portrait at the base of the monolith. / Photo by Jef Rouner 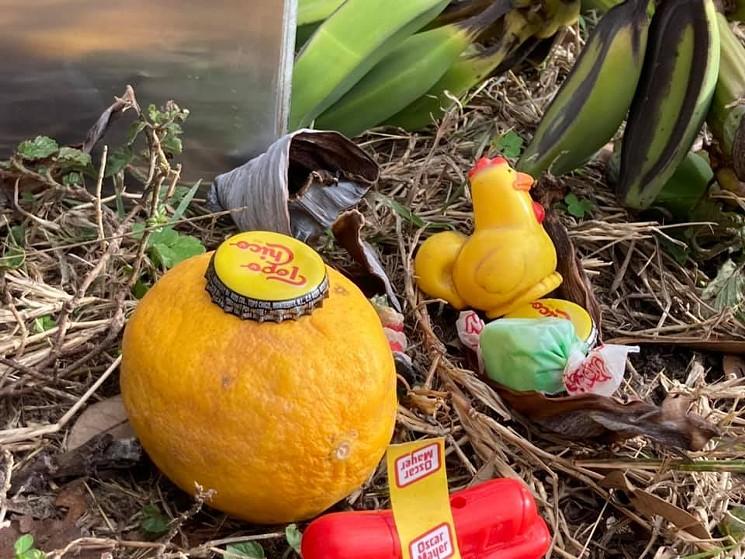 This is a very Houston set of offerings. / Photo by Jef Rouner 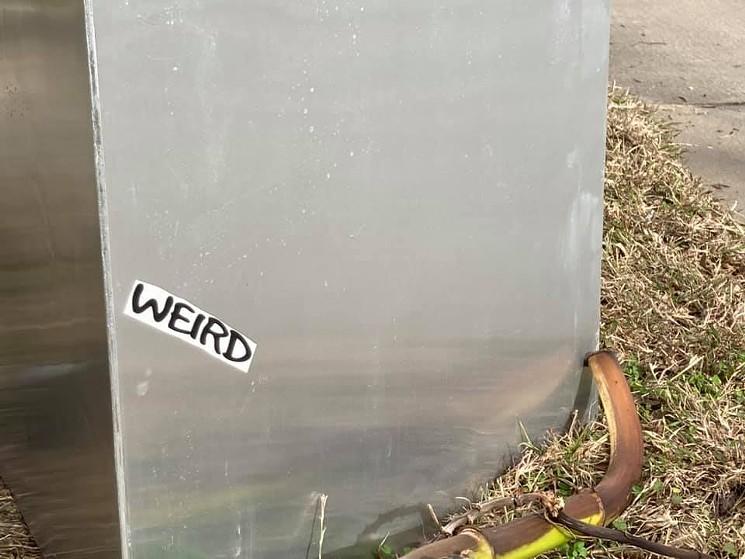 You said it, sticker. / Photo by Jef Rouner

In houston a second monolith appeared in Houston, Texas. The second monolith is located at 1th and Beverly Streets in the Heights. Residents originally reported the monolith to KPRC 2 that it showed up in the area about a week ago.

Reportedly people have started leaving mementos at the base of the 10-foot-tall object, including a yellow ribbon tied around it.

Jef Rouner of the Houston Press reported that the monolith vanished by Dec 31st, 2020. Reportedly it was replaced with some slices of pizza.