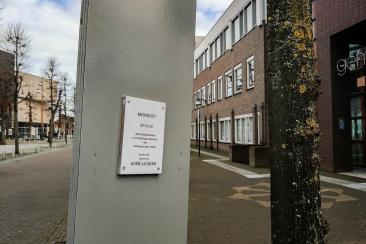 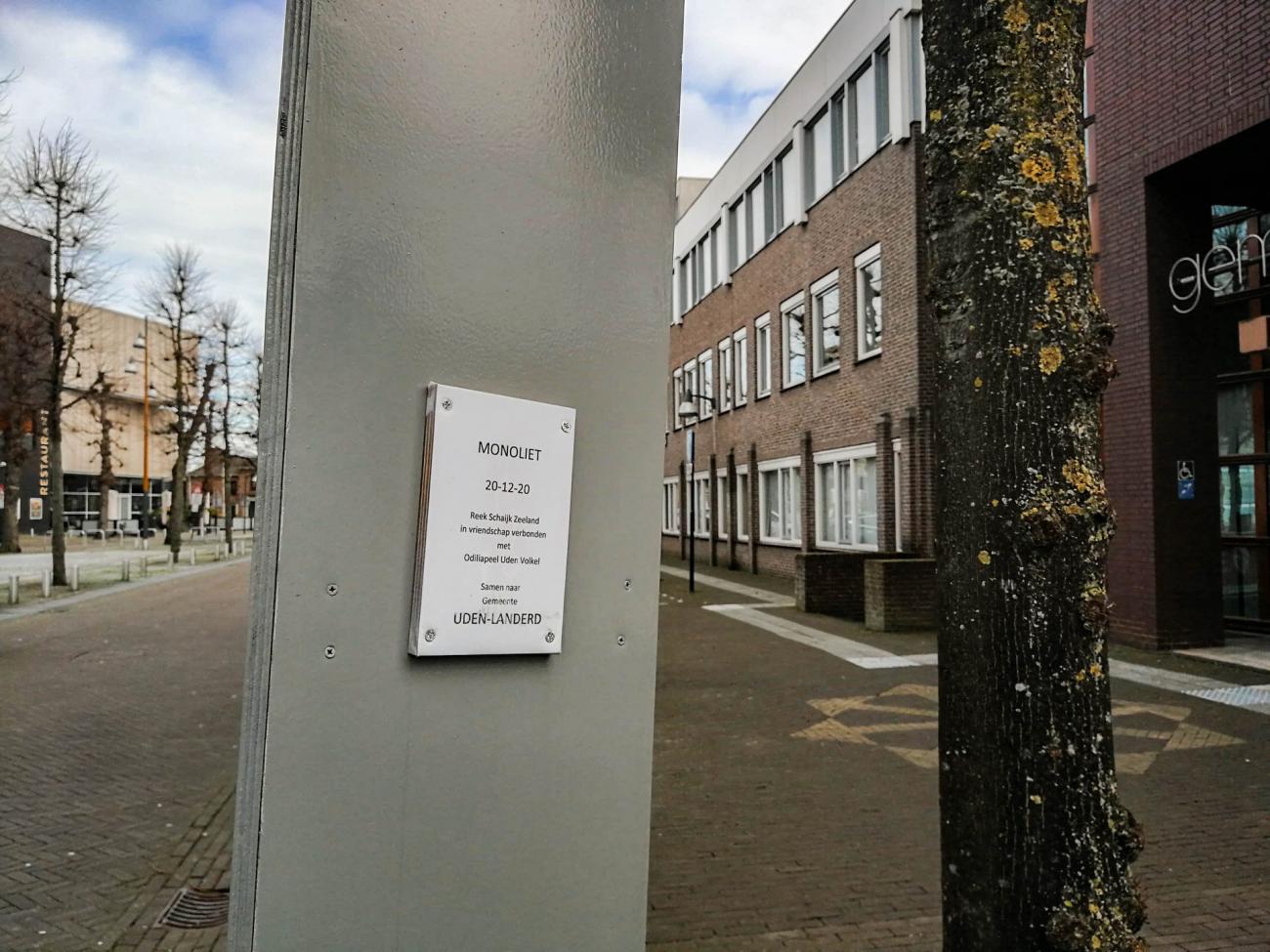 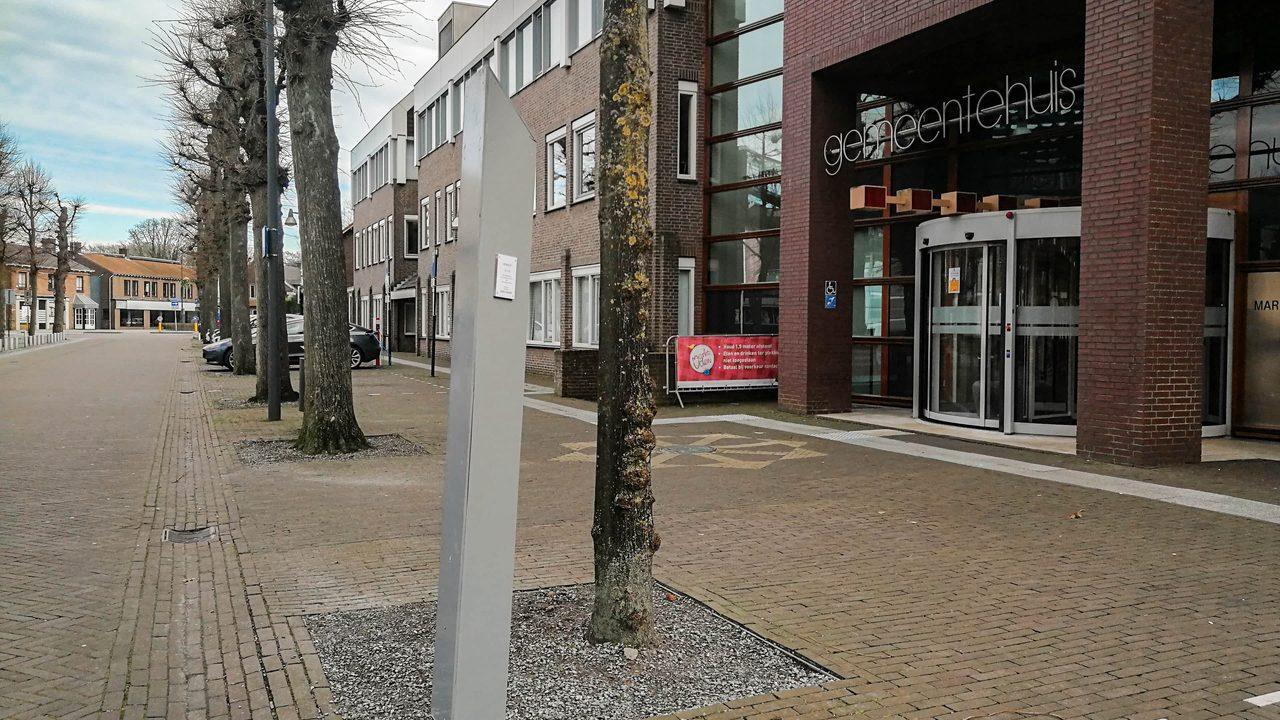 Monolith turns up in Uden. Nice joke from an alien in corona time?

UDEN - A monolith has surfaced right in front of the town hall of Uden. Where the thing came from is unknown. Is it the work of a joker, an artist or an alien?

The metal column was discovered on Wednesday evening and the question is where the thing came from and who placed it. Reek, Schaijk Zeeland in friendship with Odiliapeel, Uden, Volkel. Together to the municipality of Uden-Landerd. The municipality says that it does not know anything about the monolith itself and that it is also in the dark about the origin and purpose of the column.

Worldwide, these types of piles have already been found in various places and in recent weeks they have also appeared more and more in the Netherlands. The first 'monolith' was discovered in Utah and linked to aliens. In the end it turned out to be the work of an artist.

Notes
The articles indicate this monolith is made of metal, however a close examination of the photographs reveal it is made of plywood and is fastened together with wood screws. The placard has a date of 20-12-20.
Dates & Classification
Date Spotted
2021-01-13
Classification
Questionable monoliths, not confirmed to be knockoffs but likely considering the origin or appearance of the monolith.
Multiple Monoliths
✖
Physical Qualities
Material
Wood
Number of Sides
Four Sides (Rectangular or Square)
Texture
Wood
Painted
Top Geometry
Inclined Plane
Markings
Text
Articles & Media
Dtv Nieuws
BD NL