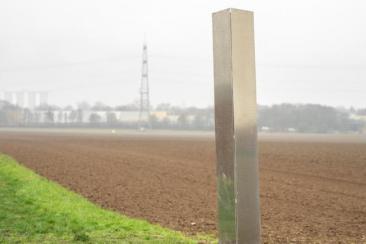 On Saturday Dec 5th another monolith appeared in Germany, and stood until Wednesday Dec 9th. A day after discovery the monolith was toppled, then re-erected. It was ultimately destroyed by unknown people, after which the remains were removed by the city.

Construction of the monolith is flimsy, with large seams between the panel edges, clearly visible on many photos. The interior structure is made of wood, described as 'very earthly'.