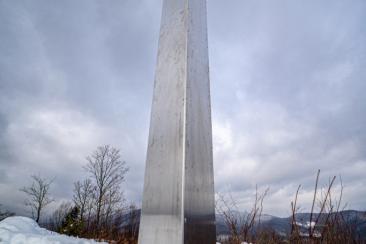 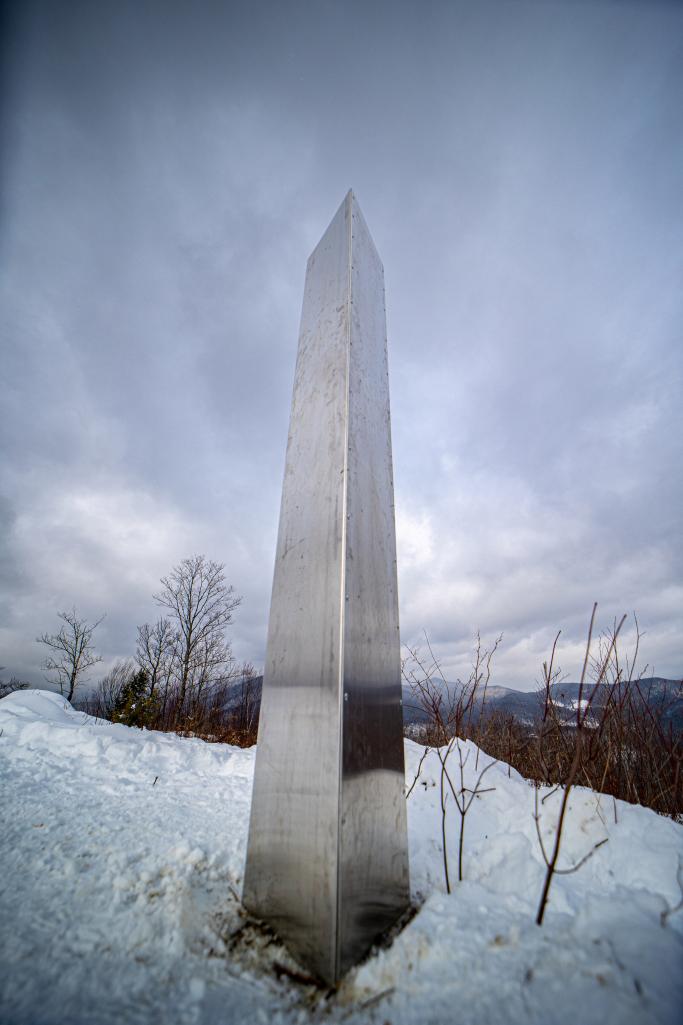 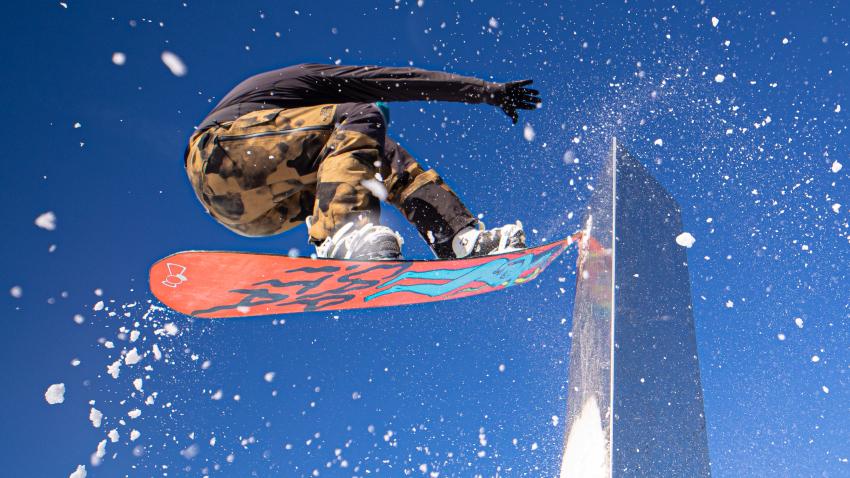 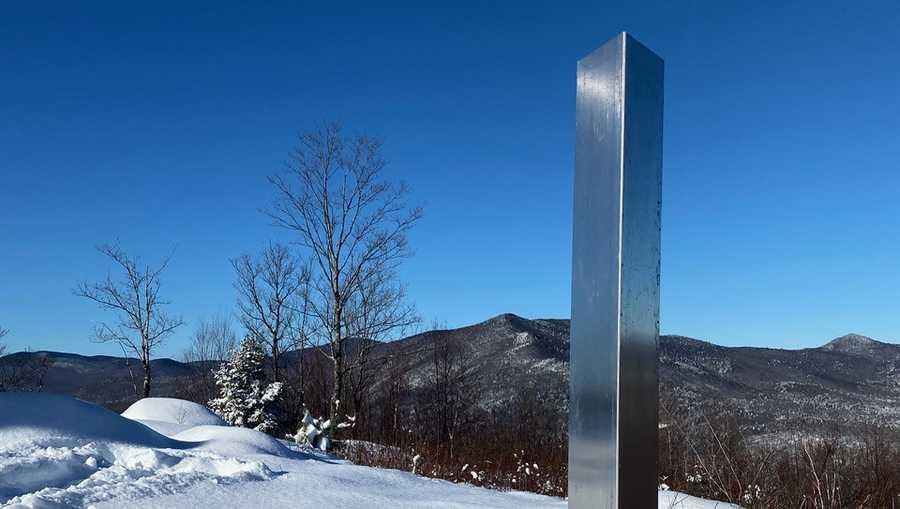 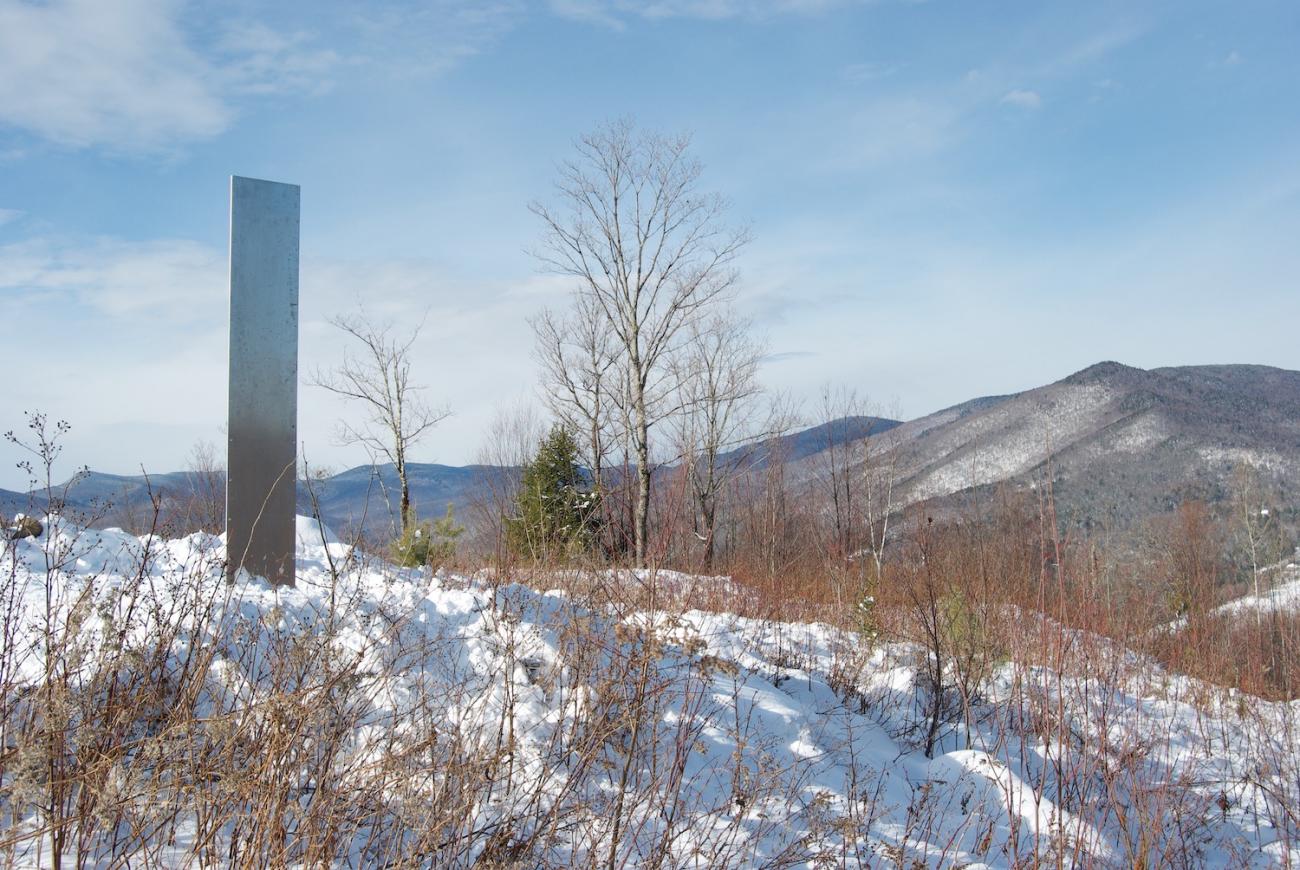 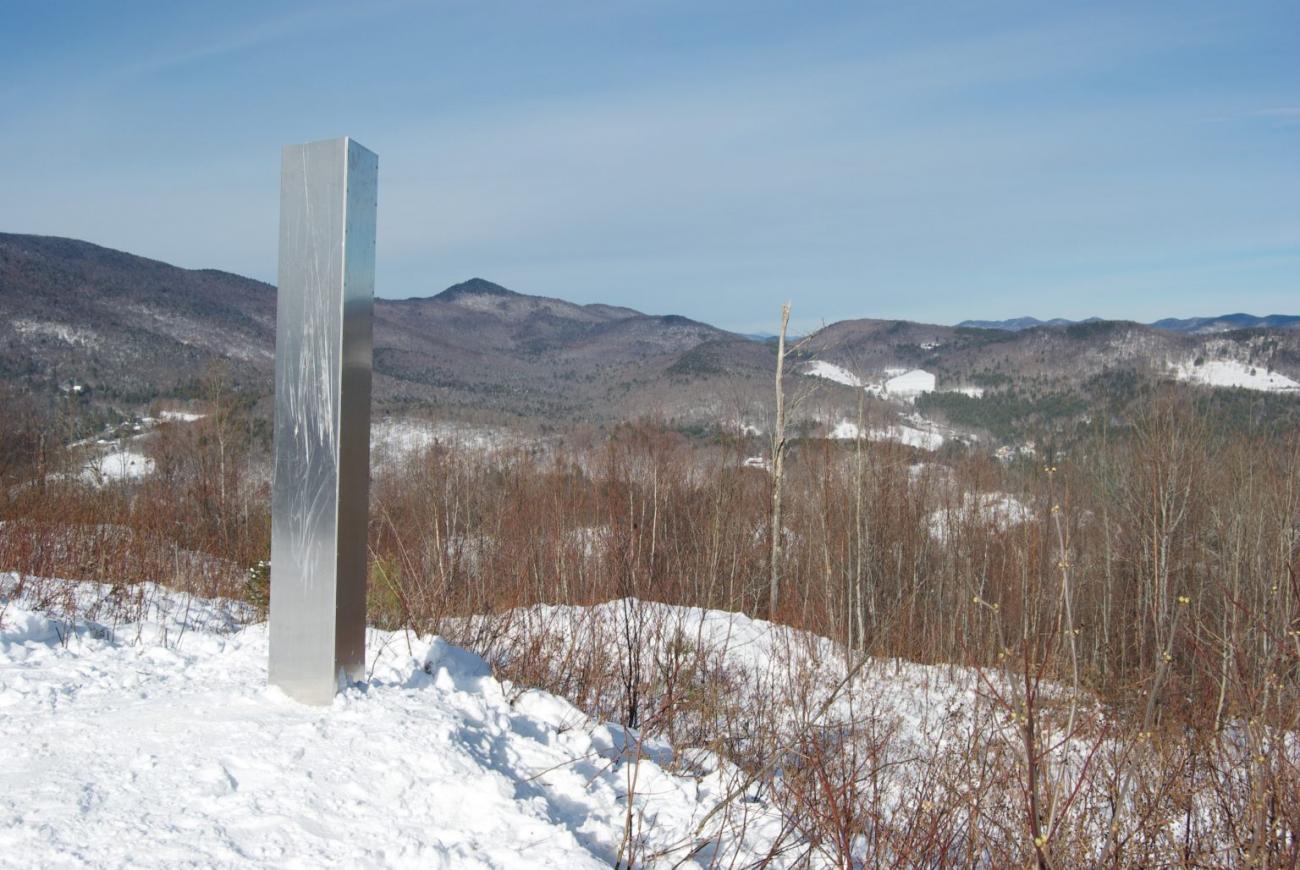 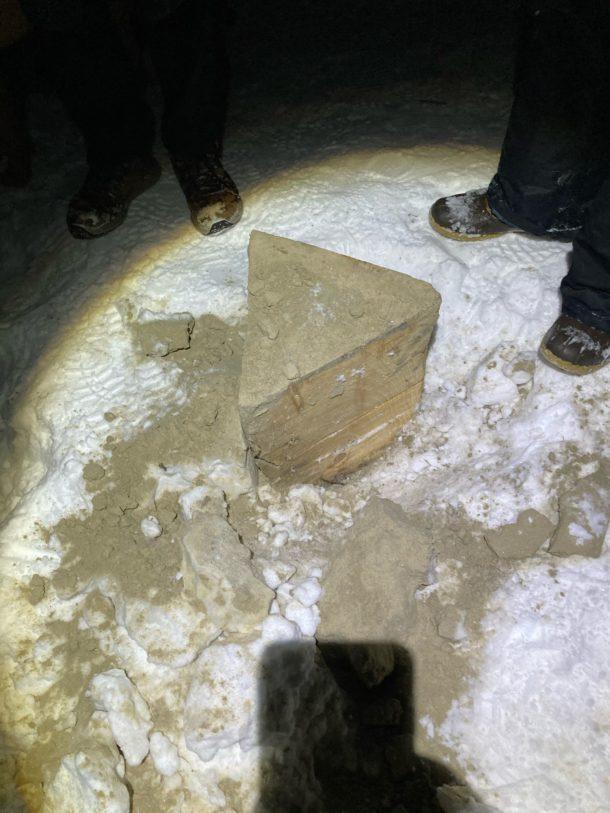 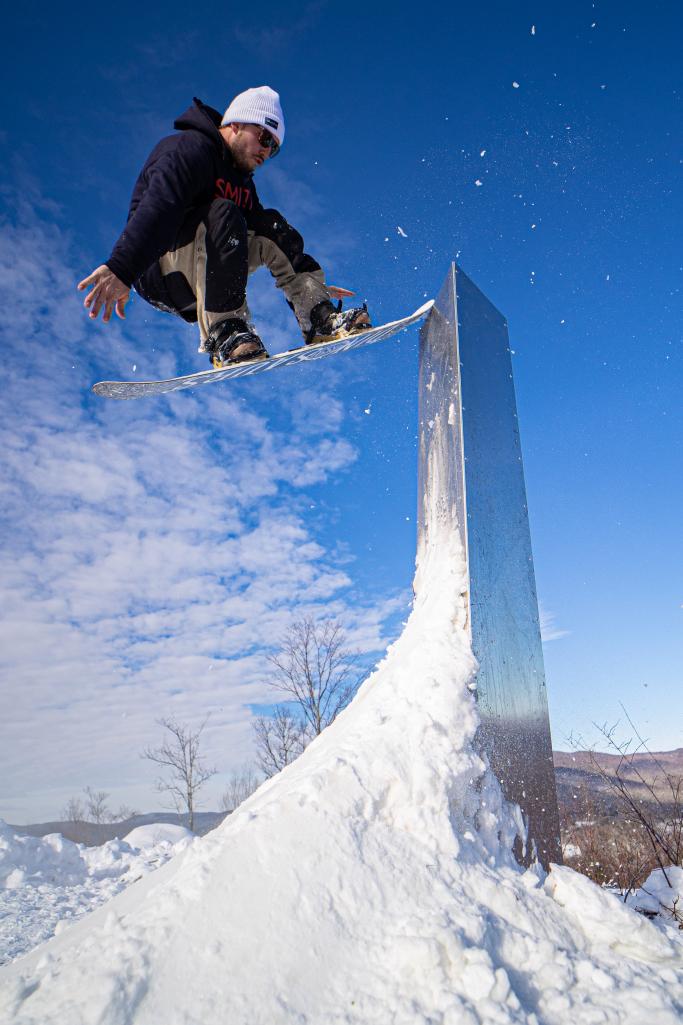 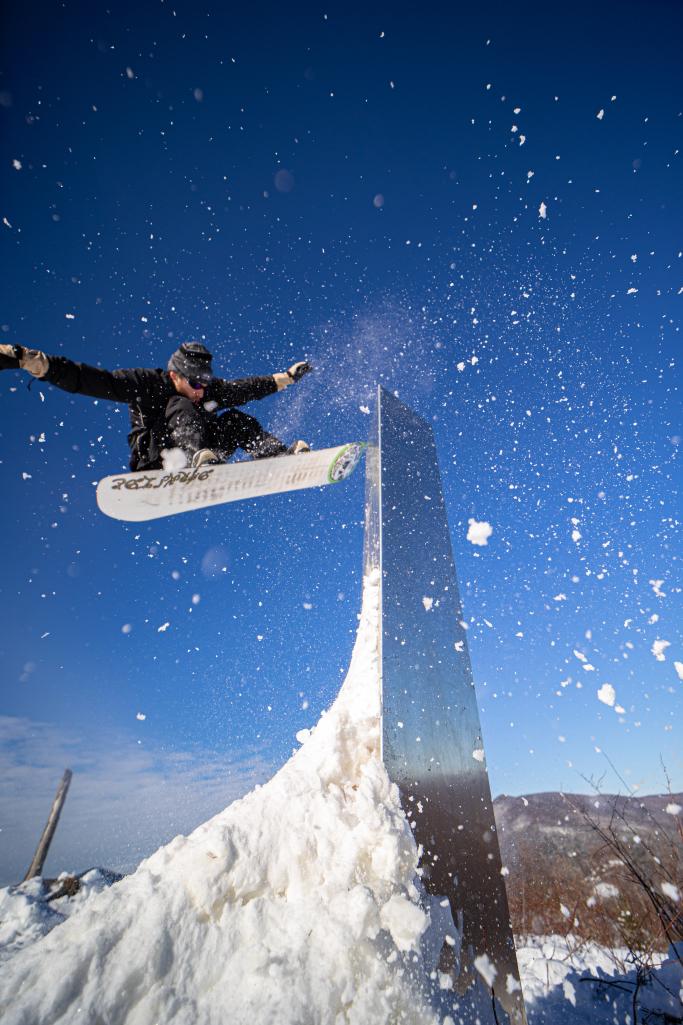 In the snowy mountains of Vermont, 1,800ft above the ground a monolith was discovered. It's sturdy construction was revealed when local news tried to move the monolith. Local news cited that the first spotting was a hiker, Miriam Zlotin, on December 12th after two feet of snow fell, covering any possible footprints around it.

On Dec. 20/21st, 2020 it was reported on by local news, and confirmed existing at that point by wcax news. However once it had captivated local attention, it confirmed disappeared by the 23rd, and reported disappeared by the 24th. Peter Borden investigated reports that the monolith had been taken away. He found only the base of the structure, sand and footprints.