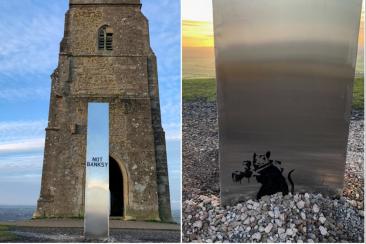 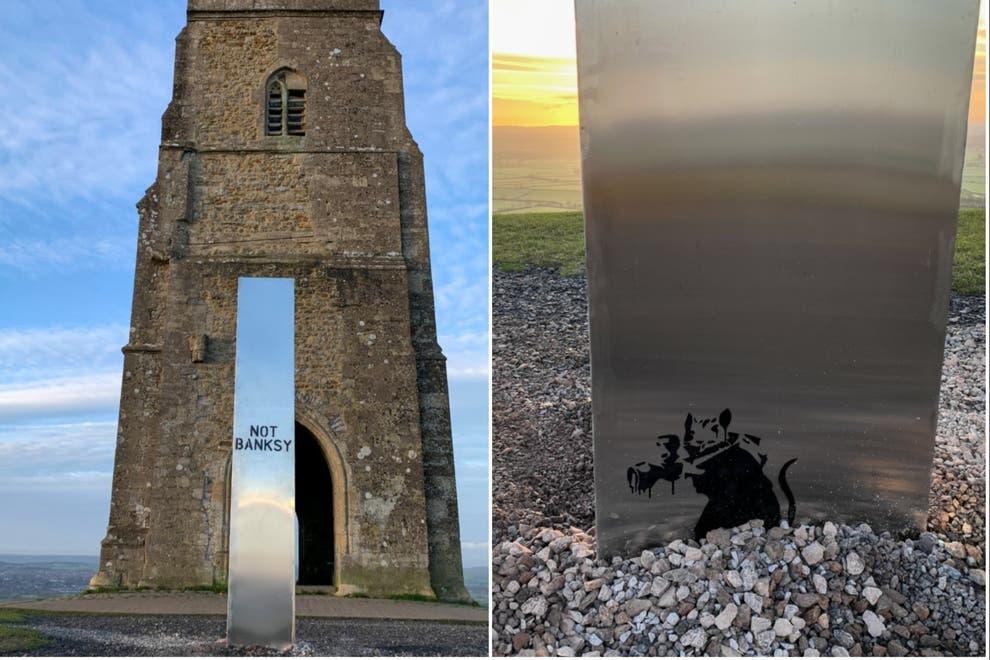 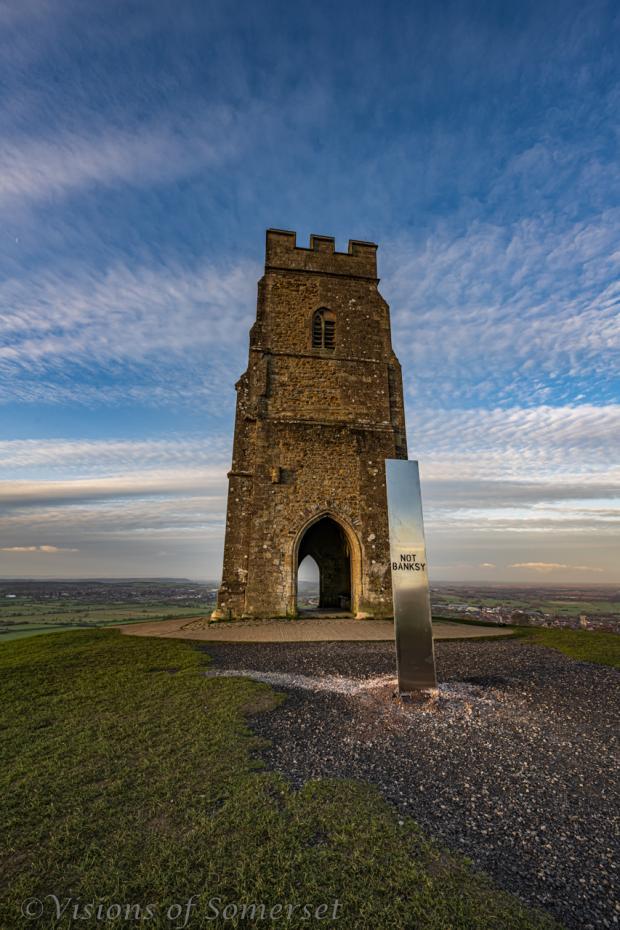 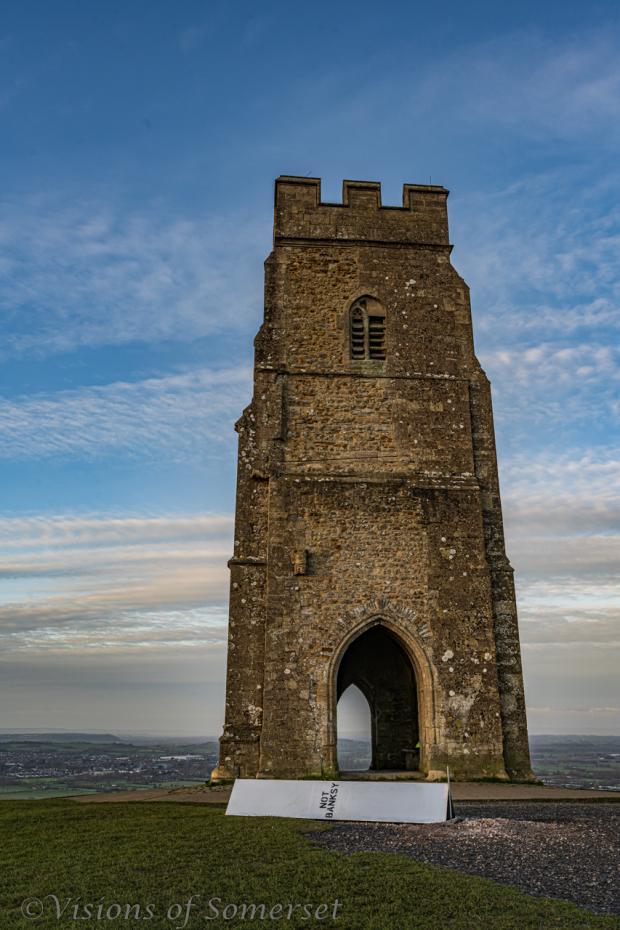 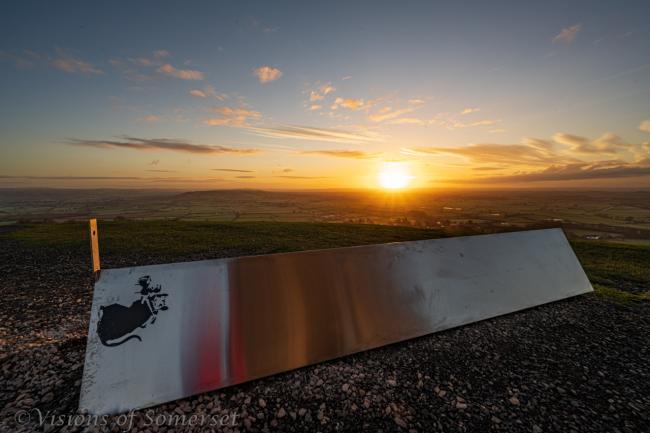 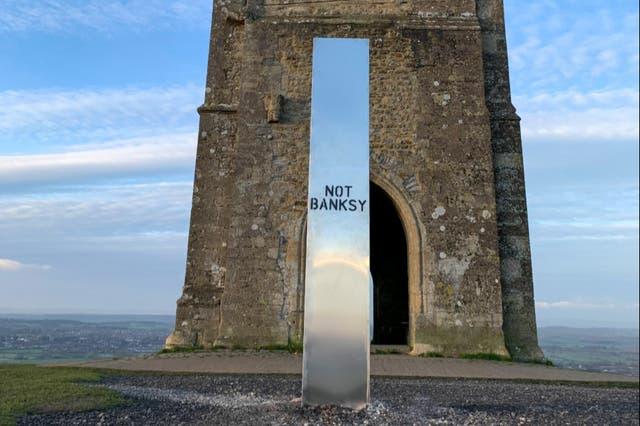 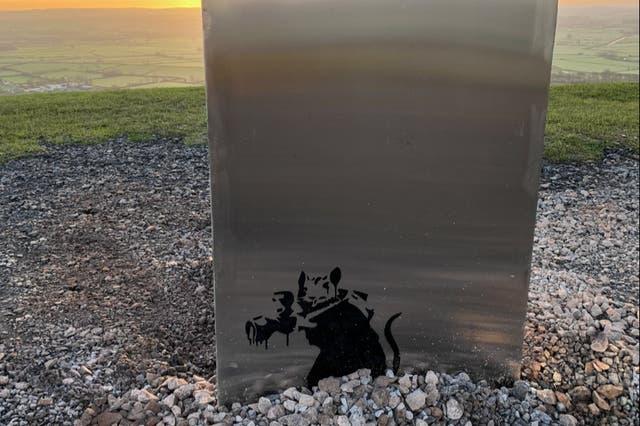 A New Monolith was discovered in Glastonbury with lettering citing that it was not installed by Banksy, despite having Banksy-inspired on the monolith.

The monolith was also reportedly toppled the same day that it was discovered.

This monolith has been built by the YouTubes Zac Jay. The corresponding video has been uploaded on their channel 'The Zac and Jay Show' on 19.12.2020.

Notes
During the 7th millennium BC the sea level rose and flooded the valleys and low-lying ground surrounding Glastonbury so the Mesolithic people occupied seasonal camps on the higher ground, indicated by scatters of flints. The Neolithic people continued to exploit the reedswamps for their natural resources and started to construct wooden trackways. These included the Sweet Track, west of Glastonbury, which is one of the oldest engineered roads known and was the oldest timber trackway discovered in Northern Europe, until the 2009 discovery of a 6,000-year-old trackway in Belmarsh Prison. Tree-ring dating (dendrochronology) of the timbers has enabled very precise dating of the track, showing it was built in 3807 or 3806 BC. It has been claimed to be the oldest road in the world. https://en.wikipedia.org/wiki/Glastonbury#Prehistory
Dates & Classification
Date Spotted
2020-12-09
Date Vanished
2020-12-09
Classification
Possibly significant monoliths, well made, but with little information or some evidence that suggests a knockoff/generally less mystery
Multiple Monoliths
✖
Physical Qualities
Material
Stainless Steel
Number of Sides
Three Sided (Typical Monolith Design)
Texture
Polished
Top Geometry
Flat
Markings
Text
Art
Articles & Media
The Standard
somersetcountygazette.co.uk
somersetlive.co.uk
Twitter photo of it being toppled
It has been claimed to be the oldest road in the world.
YouTube Video from 'The Zac and Jay Show' who built and installed the monolith